Stories from the Road-Film Festivals | The Girl Who Wore Freedom
708-669-4696 info@normandystories.com
Help us tell the story... Make a donation

Stories from the Road-Film Festivals

Just like everyone else this year, our The Girl Who Wore Freedom team saw all of our plans change due to COVID-19. One of the most significant changes was to our film festival run, which was supposed to begin in the Spring of 2020 and run through 2021. Many festivals were postponed, and even more were canceled.

“In a regular year, film festivals are extremely difficult to get into, to begin with, with the better festivals averaging anywhere from 2000-3000 submissions for 100-125 screening slots. This year, in addition to festivals canceling or postponing, the ones that held their festivals online cut their screening numbers from that 100-125 number down to 15 or 20 films.” David Paterson, TGWWF Producer

Instead of postponing or altogether canceling, some festival committees still met and reviewed the accepted films. In two cases, this strategy proved to be a blessing for our movie. The International Sound and Film Music Festival, originally scheduled for July 26-27 in Croatia, awarded the Documentary Best Original Score to our brilliant composer Jeff Kurtenacker. In August, the Central States Indie Fan Film Festival awarded The Girl Who Wore Freedom the Best Feature Documentary. You can see the moment when Director Christian Taylor received the award below. 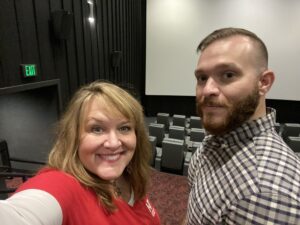 At the end of September, The Girl Who Wore Freedom had the honor of opening the Boston Film Festival on September 24th.

“It’s Another Day in the Sun! I never imagined a day like this could really happen.” Christian Taylor, TGWWF Director.

The Girl Who Wore Freedom was one of only three films to be honored with an in-person screening during this year’s festival. Many thanks to our supporters and the Boston Film Festival team that made that weekend so special. 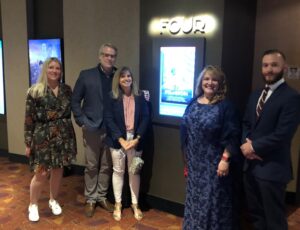 Just one day after the festival began in Boston, the Lady Filmmaker Festival started in Beverly Hills, California. For this year, Lady Filmmakers decided to begin with a virtual festival, then host drive-in screenings on the East and West Coast later. Tickets will be available soon for Lady Filmmaker Drive-In East Coast on November 5th – 8th, 2020. 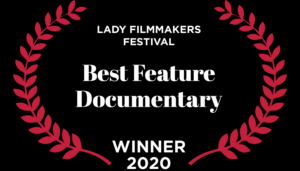 On Sunday, we received two more exciting announcements from Lady Filmmakers. The Girl Who Wore Freedom has been awarded Best Feature Documentary! Plus, they have extended the virtual festival one week, through October 11th. Our online screening includes a recorded Q&A with Director Christian Taylor, Editor Bill Ebel, Composer Jeff Kurtenacker, Co-Producers Michelle Coupey, Flo Boucherie, and our star, Dany Patrix Boucherie discussing the film! There are no screening restrictions for this festival, so this is an excellent opportunity to share the Best Documentary Feature, The Girl Who Wore Freedom, with your friends and family. You can find all the information you need here. 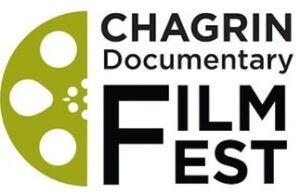 The Chagrin Documentary Film Festival begins this week and runs October 6th through 11th. Members of our team are traveling to Chagrin Falls, Ohio, to participate in this unique hybrid festival. During the festival, our team will be in Riverside Park daily, promoting the film. If you live in the area, we would love for you to stop by and give us a socially distant hello or high-five. At the end of the week, our team will be hosting the World Premiere screening of The Girl Who Wore Freedom at the Docs Drive-in behind Chagrin Cinemas. Four distinguished WWII Veterans will join us that evening: Daniel Buzek, Albert Kosiba, Leonard Giorgio, and cast member Bob DeVinney. Our team is also thrilled to announce that we will be joined by French Consul General Guillaume Lacroix, who will honor these special heroes. All the details for this festival are available online.

Our journey continues with the LA Femme International Festival, from Oct. 15-18, another virtual festival that will offer opportunities to participate in live interactive screening rooms. In November, our team will be attending the 14th Annual Red Rock Film Festival, which plans to hold an in-person festival in Cedar City, Utah. All the details for these festivals and any new festivals at thegirlwhoworefreedom.com/festivals. We are so thankful to be on the road again, sharing our message of sacrifice, service, friendship, and freedom with a wider audience. Hopefully, we will see you soon at one of these festivals or another new festival.