Find The Girl Who Wore Freedom on These Platforms!

Brought to you by the folks at Documentary First & Virgil Films!

This is not your conventional love story, but a love story nonetheless, one that has lasted for over 70 years between a city that had lived under oppressive occupation and a nation that came to rescue them.

In the first chapter of this documentary series, we follow the German occupation of Normandy and the liberation of the French people, told through stories of the French who lived through this turbulent time and still speak of a love affair that bonds generations of Free French to their American liberators to this day.

One little girl’s story exemplifies how the French saw – and still remember – the bravery and heroism of the American GIs and demonstrates why the United States has always taken part in protecting and liberating any who are oppressed. Her name is Dany Patrix, The Girl Who Wore Freedom, and she is the thread that weaves us throughout this story.

Why must this story be told? Almost as tragic as the lives lost to pay for this freedom is the collective memory loss in the United States about those memories. The people of Normandy still remember and appreciate to this day the sacrifices that were made, and celebrate these memories annually. As we have seen, when Americans experience this love, they are touched by it.

This should not fade into a one-sided love story. We cannot let the stories of the grateful French citizens fade silently into history. 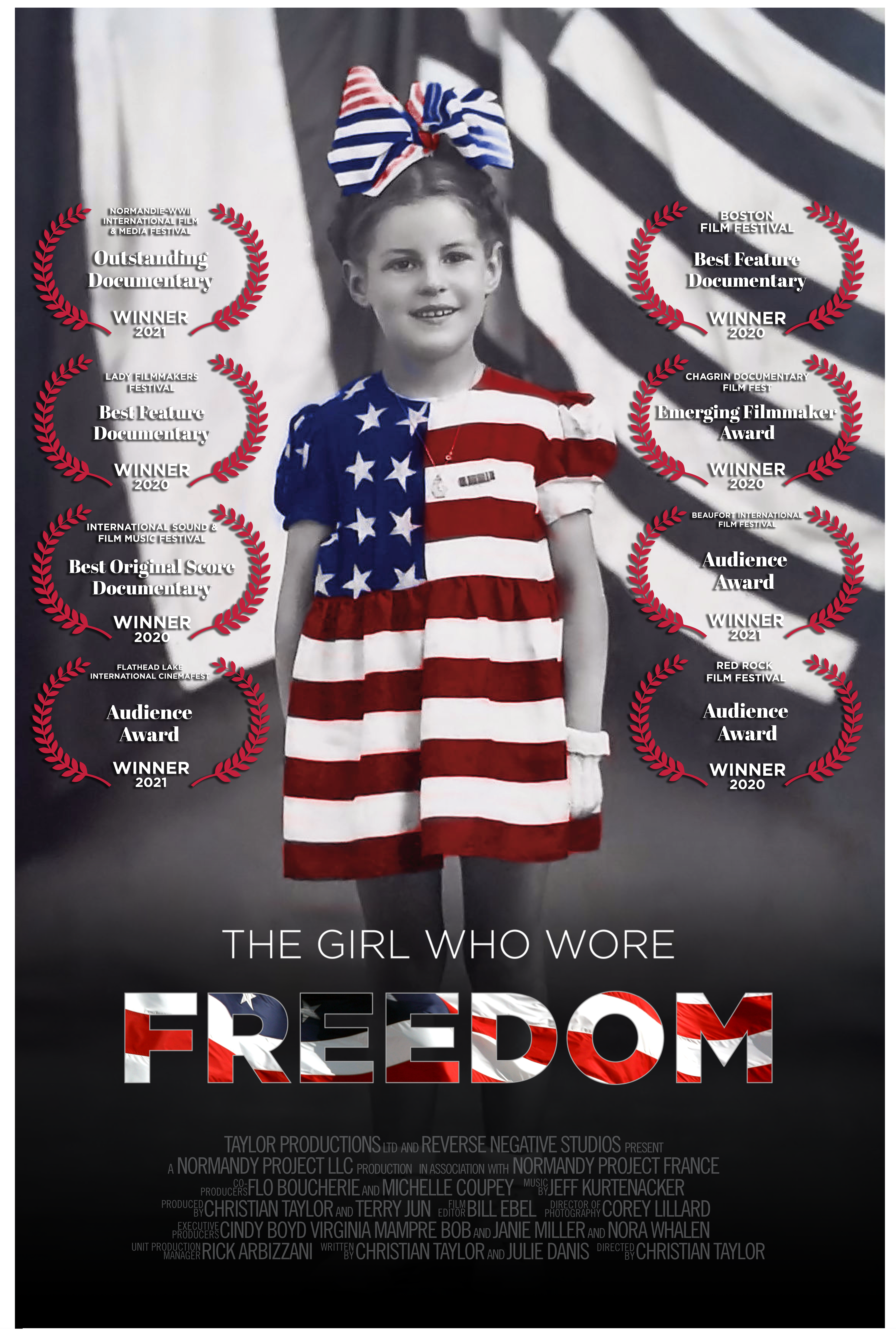 There’s more to do! Help us across the finish line!

No matter the amount, partner with us to bring these inspiring stories to life.

All donations are tax-deductible.