We continue with Carol Vento sharing her father’s, Dutch Schultz, D-Day story. Today, she shares his memories of the Normandy landing. This narrative is from a soldier’s perspective, and the descriptions reflect that reality which may not be suitable for all readers.

This is the 2nd post in a series released this week. Go back and read Remembrances of D-Day part 1 or jump ahead to part 3.

After viewing Saving Private Ryan in the nineties, I questioned my Dad about his war experience, and he finally revealed the horrific reality of his war. The following paragraphs are what actually occurred on D-Day in my father’s own words:

It was a very clear night. I have little recollection of what was going on in the plane because I was totally engrossed in rosaries. I saw a number of old-timers sleeping and catching catnaps. Not me, I was praying. It must have been sometime close to 1:00 AM when we crossed into France. 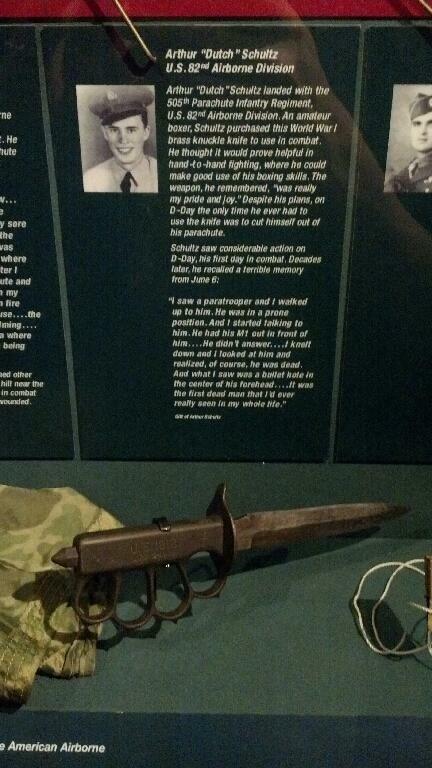 Not long after that, we were told to stand and hook up.  In the process of doing that, we were all knocked to the floor. I don’t know whether we were hit by flak or whether one of the maneuvers was sharp. We got back on our feet quickly, again went through the countdown and very quickly jumped.

I was eleventh or twelfth out of the plane. I remember my chute opening. I oscillated once and came down flat on my back, with no chance to come in with my feet up and roll.  At the time, I did not feel any pain. I quickly cut myself out of the chute. I started to look around for somebody and found nobody. I was in a little field surrounded by hedgerows. I threw away my gas mask and land mine because I couldn’t move with all that heavy stuff.  I threw away a few other things, so I could navigate with some speed. I dashed to the closest hedgerow and wondered what the hell was going on. I thought I heard something. I used my cricket and clicked. In return, I got a machine gun burst. I proceeded to bring my M1 up and point it at the direction where I thought the fire was coming from. I discovered I had failed to load my M1. Needless to say, I was quick to grab a clip of ammunition and get it in the gun, but by that time, there was no point in firing.

I had no idea where I was going. I recall how frightened I was and how totally unprepared I was to be by myself. American Navy battlewagons were beginning to bombard Normandy. I could hear these tremendous shells coming overhead sounding like locomotives, huge and thunderous. I kept walking, looking for somebody. We jumped somewhere around 1:00, and I was by myself until daylight. It wasn’t until 6:30 that I ran into my platoon leader and jumpmaster, Lieutenant Jack Tallerday.

During the time, I was alone, I can’t begin to remember what I was feeling. I know I was frightened. I was never so happy to see anybody as I was to see Jack Tallerday come around a hedgerow. We greeted one another happily. He said, “Come with me.” He had been lost too but managed to pick up a bunch of stragglers from other outfits. I didn’t know them. There were a couple from the 101st Airborne and some from the 82nd’s 507 or the 508. When we went into Normandy, the 505 Regiment was the only regiment with combat time. These stragglers were just as scared as I was and just as unknowledgeable. We had jumped about six to ten kilometers away from our Drop Zone.

I had the strangest feelings. Remembrances of that walk back to our Drop Zone. There was the tranquility, the peace on one hand. It’s almost like taking a walk in the country on a Sunday afternoon, very peaceful. Normandy is a very beautiful, lush green country; and then having that tranquility, that quietude shattered by the violence of artillery or mortar fire. Again, the peace would come, and then the noise, the violence. The peace and the violence. 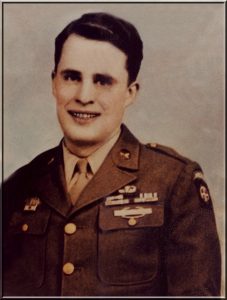 We went on. At one point we had stopped. I remember breaking away from the group when I saw a paratrooper. I started talking to him. He had his M1 out in front of him. He was lying on his stomach in a prone position, and he didn’t respond. I knelt down and looked at him and realized he was dead. I saw a bullet hole in the center of his forehead. I didn’t see much blood; that was what was so amazing about this. I saw some white fluid on the back of one of his hands. I know that I was so shocked, I got away from there. I couldn’t even grasp the significance of this. It was the first dead man that I’d ever seen in my whole life. He looked so alive from a distance. I went back to where the group was.

Then Lieutenant Tallerday told us to “Wait here.” He was going ahead to do some reconnoitering, and he’d be back in a half an hour. We were sitting down and smoking cigarettes and talking nonsensical stuff.

We continued to walk. As we were walking, we were coming into more violence, more firepower coming from both the Americans and the Germans. It scattered us to some extent. We got off the road and moved in along the hedgerow and ultimately came to a field, an apple orchard. We were sitting there, and the Krauts zeroed in on us with mortars. There were probably 35 or 40 of us paratroopers in this area. We scattered in all four directions because they were really pumping those mortars in. 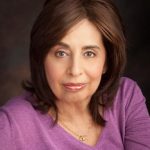 Guest writer for The Girl Who Wore Freedom

Carol Schultz Vento is a former Political Science professor and attorney. She is a graduate of Temple University and Rutgers Law School. She is author of The Hidden Legacy of World War II: A Daughter’s Journey of Discovery, published by Sunbury Press. She is the daughter of Arthur Dutch Schultz, 82nd Airborne, WWII. She is a native of Philadelphia and lives in Palmyra, New Jersey.