This week we are pleased to share about a few of the Asian-American soldiers around D-Day.US Navy Seabees

Amassed from the rich history of Asian-Americans are artifacts that depict their involvement in the liberation of France. Recollected here, spanning from before D-Day to the treacherous battles that happened subsequently in Europe, these brave soldiers’ stories are to be remembered. They include a Filipino-American who made a name for himself due to his skill in combat, a Chinese veteran from Missouri who landed in Normandy in the fourth wave, a G.I. Colonel with Korean ancestry roots who became an accomplished war strategist, and a Nikkei-American who was inducted into the United States Army.

Deployed to Europe by the U.S. army in 1942, Ramon Subejano was a recent immigrant from the Philippines, arriving as a stowaway to U.S. shores in 1927. He was a merchant seaman who just so happened to end up earning 17 medals, including a Silver Star, a Purple Heart, and 3 Oak Leaf Clusters for his acts of bravery in WWII from 1942-1948. He is credited with taking out more than 400 German soldiers from Normandy to the Rhineland and for single-handedly capturing a Nazi-held factory near Dillingen, Germany. Unfortunately, he was wounded 4 times, including once by bayonet, and returned to the country he fought for disabled, where he eventually passed away at the age of 83. 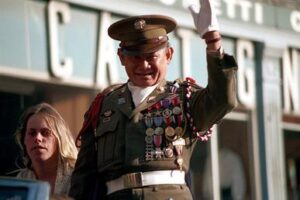 Recipient of a Legion d’Honneur, the highest military decoration one can receive from France, Col. Young Oak Kim played a critical role in the events leading up to D-Day. Kim, along with Private Akahoshi, volunteered to cross German fields and came back with two German POWS on May 16, 1944. The information gathered was then used by Allied Forces to liberate Rome on June 4, 1944 in Operation Buffalo, two days before D-Day. Kim went on to fight in Biffontaine, France in October 1944, where he received his second Purple Heart, and where a copper plaque on a village church wall now stands to commemorate him as a token to Allied soldiers. 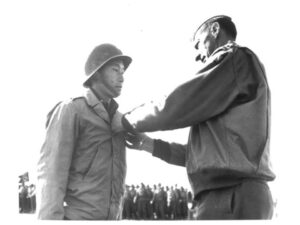 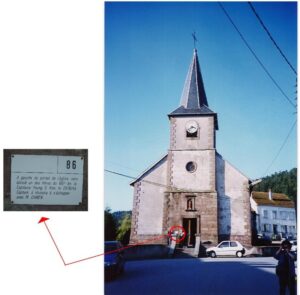 Commemoration for the Battle at Biffontaine, France.

A Chef Among Soldiers

Born in the Southern Part of China, Guangdong province, David Leong immigrated to the U.S. as a young man in 1940 to New Orleans, Louisiana. He gained naturalization through his father, which allowed him to qualify to serve in the war where fate would have it that he join 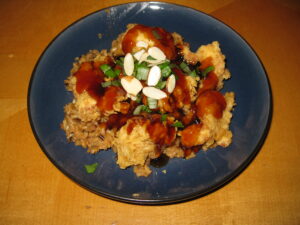 the other 156,000 brave men who stormed the beaches of Normandy, France by parachute. He returned to America and eventually settled in Springfield, Missouri where he invented the locally-famous cashew chicken dish. The dish combined the fried chicken he encountered in the U.S, except cut into nugget sizes, then topped with halved cashews, onions, and a brown gravy. Around the early 70’s, McDonalds met with Leong in a failed attempt to obtain his recipe, coincidentally a year later, the dish Chicken McNuggets came out.

After D-Day, June 6 1944, a Texas regiment of 211 men in October 1944 were cut-off by the enemy’s lines, otherwise referred to as the Lost Battalion. The 442nd Regimental Combat Team, which was composed completely of Japanese-Americans, were ordered to rescue them and bravely did, accruing hundreds of casualties in the wake. One among them was a battalion runner, Rudy Tokiwa, who lived to tell the tale. Pictured below, is the well-known picture of him single-handedly capturing a group of German soldiers July 15, 1944 in Orciano area, Italy. In recent years, a woman searching the mountains of Sospel, France found the dog tag of Rudy Tokiwa and went out of her way to return it. This eventually led to a meeting in Nice where it was hand-presented to Tokiwa’s daughter who came from San Jose, CA to collect her father’s id tag 75 years later in 2019.

Story told with permission by javapotomac@gmail.com 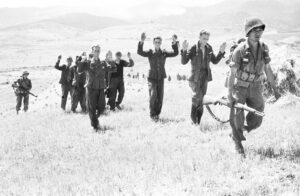 Jonathan Liu
Podcast Team Member for The Girl Who Wore Freedom Jonathan is an experienced social media hand, who is interested in comedy, jazz, and good food. He lives in California, in a suburban city near L.A.X.