There is a meme with a picture of a T-Rex with his tiny little arms trying to reach the top shelf of the kitchen cabinet, the words across the top read, “The struggle is real.” It’s a tongue-in-cheek way of acknowledging life’s daily, annoying little struggles, but what if your struggle is bigger than reaching the top shelf of a cabinet?  You could be a student wondering when you’ll start actually feeling like an adult, a parent trying to balance family and work, or a child struggling to care for an aging parent. I have spent the last month and a half fighting for the things I hold dear. Needless to say, it has been a difficult few weeks that at times has seemed like years.

“No war is easy for those who fight it.” – Bill Mauldin, Up Front 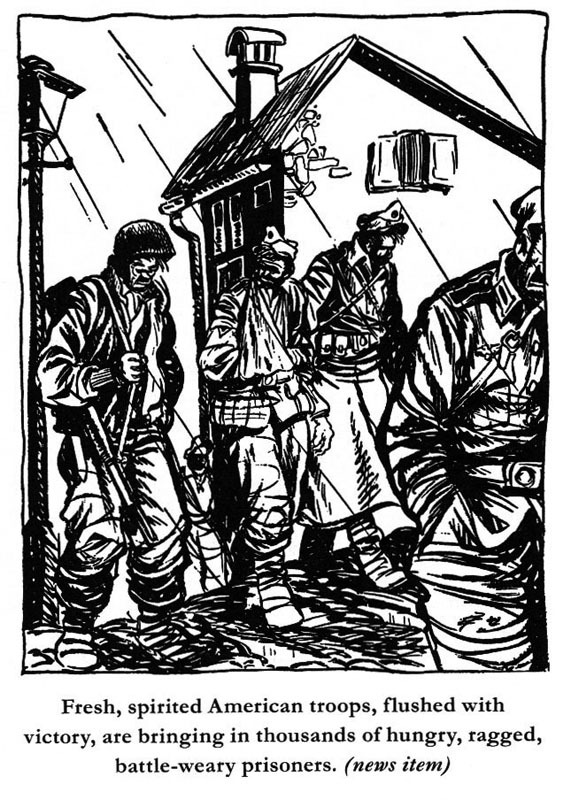 Weeks that seemed like years must have been what it was like for those in an honest-to-goodness, marching through mud, surrounded by death and praying you don’t get shot war. The Girl Who Wore Freedom has introduced us to many amazing people and their stories of wartime struggle. French citizens that were trying to provide for their families amidst shortages and rationing and soldiers doing the grueling work of liberation. All of these people had to answer the questions: “What do I do now? How do I get through this? What happens next?” When editorial cartoonist Bill Mauldin was faced with war, his answer to these questions was, “Draw cartoons.”

Bill Mauldin was a sergeant in the 45th Infantry Division’s press corps and editorial cartoonist for the 45th Division News and Stars & Stripes during World War II. He created the battle-worn dogfaces, 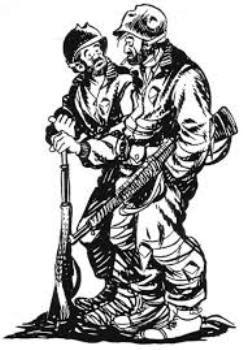 contemporary slang for infantrymen, named Willie and Joe, a pair of Average Joes turned Average GIs. Six days a week, Willie and Joe appeared on the pages of Stars & Stripes and mirrored the lives of the GIs on the front lines across the European Theater. They ate the same food, marched through the same mud, questioned the same orders, and longed for the same homeland. In short, Willie and Joe were the voices in the chaos of war, yelling, “I see you. I hear you.”

“Since I am a cartoonist, maybe I can be funny after the war, but nobody who has seen this war can be cute about it while it’s going on.” –Bill Mauldin, Up Front

As with any popular commentary, there were detractors. The most outspoken of these was General George S. Patton. Patton was known for his passion for discipline and order. He saw Willie and Joe, with their perpetual 5 o’clock shadows and rumpled uniforms, as a “disgrace” and “unsoldierly” which encouraged mutiny among the troops. The General even went so far as to request that Sergeant Mauldin be removed from the press corps but backed down when asked to submit his request in writing. Sergeant Mauldin was not discouraged by his critics. He saw interactions with critics as source material. After being confronted by MPs at General Patton’s Third Army encampment because he had forgotten to don his helmet, Sergeant Mauldin returned to his post and penned the following cartoon. 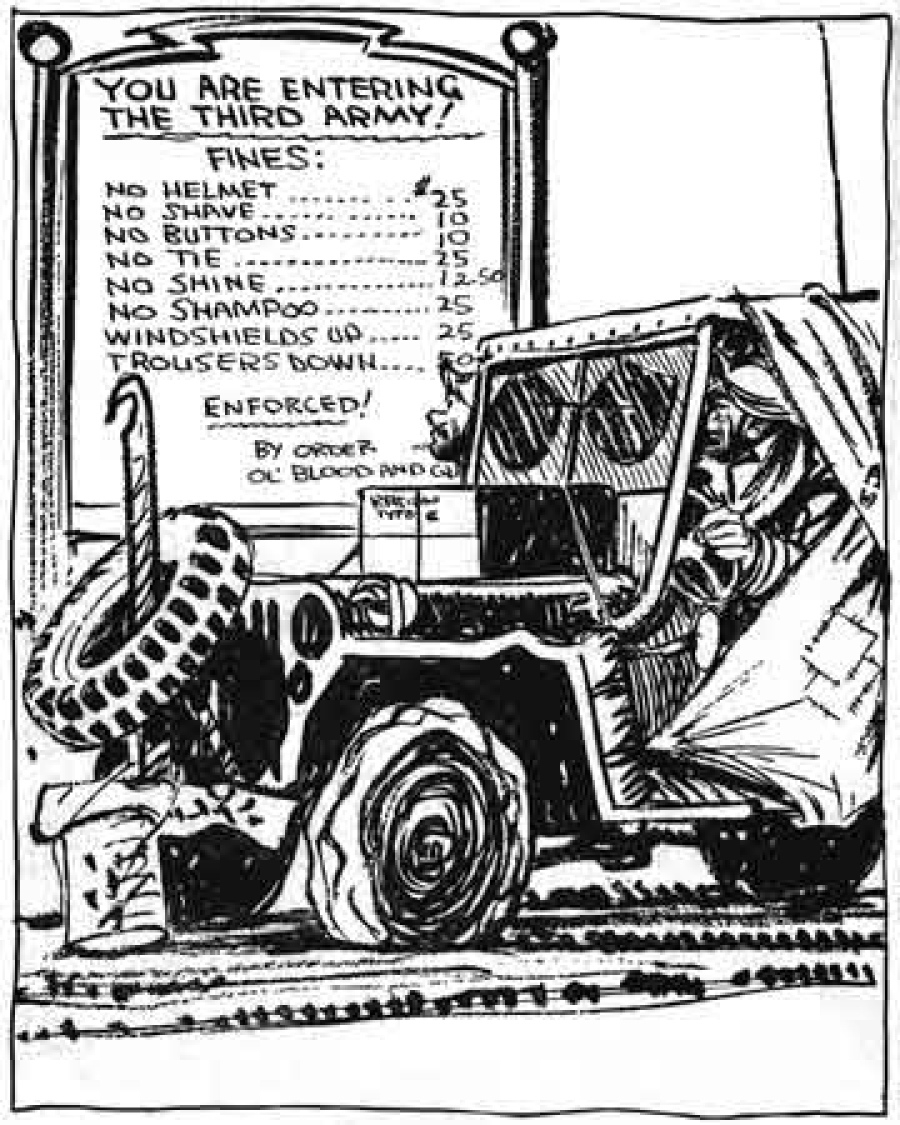 “I never worry about hurting the feelings of the good officers when I draw officer cartoons. I build a shoe, and if somebody wants to put it on and loudly announce that it fits, that’s his own affair.” -Bill Mauldin, Up Front

While Patton and a small number of officers thought that Willie and Joe set a bad example for the boys at the front, their opinions were in the minority. In fact, the Army’s War 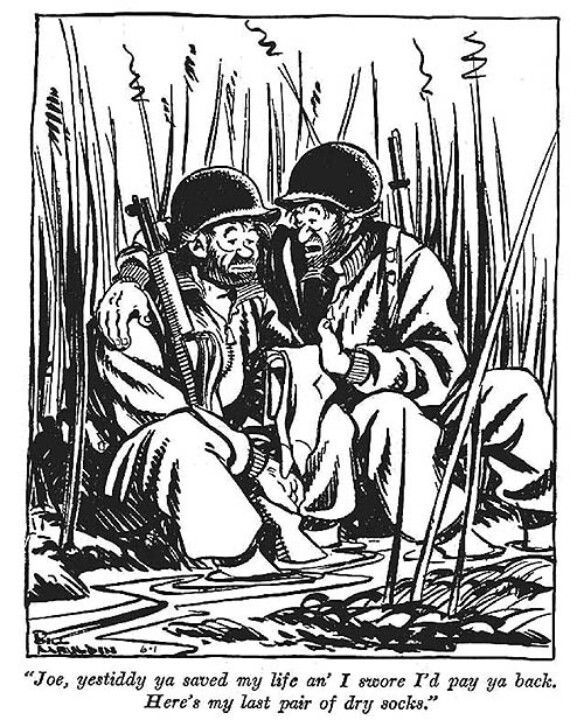 Department felt that the cartoons were an accurate representation of what the American GIs were going through and encouraged their syndication in newspapers throughout the United States. This gave families back home a glimpse into the lives of their husbands, fathers, brothers, and sons overseas. It also led to Sergeant Mauldin’s first Pulitzer Prize in 1945 at the age of 23. While the award was issued to Sergeant Mauldin for his entire wartime work, the Pulitzer board chose his cartoons of bedraggled soldiers to represent his contribution.

When the war was over, Sergeant Mauldin, as well as Willie and Joe, was honorably discharged and all returned to their civilian lives. Citizen-cartoonist Bill Mauldin gathered almost 200 of his wartime cartoons together and began writing. He wanted to take the cartoons that had brought so much support and encouragement to American GI Joes during the war and re-frame them to help those now readjusting to their lives at home by expanding on the stories and experiences portrayed in his cartoons making them relatable to the average American citizen. In less than a week, Bill Mauldin had added his own soldier story to those of Willie and Joe. Publishers were unsure how a book about a soldier’s war experience illustrated by cartoons would play to a civilian audience, plus paper was still scarce, so his work almost not published. Fortunately, one publisher took a chance and the resulting book, Up Front, was published in 1945. It has now sold over 3 million copies and is regarded as one of the archetypes of World War II literature.

Bill Mauldin was a citizen turned citizen soldier who used his gift for cartooning to help fight a war. 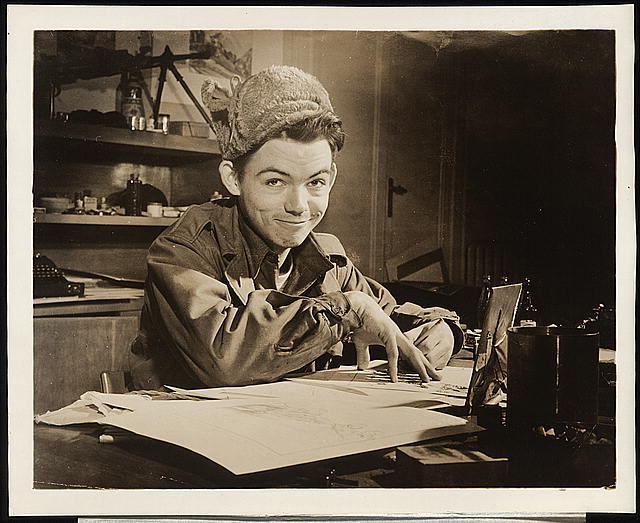 His cartoons showed the American GIs that they were seen, they were heard, and they were valued for their struggles as well as their victories. For anyone who is caught in the middle of a battle, it can be lonely, very lonely.  To be seen, to be heard and to be valued was the motivation behind Bill Mauldin’s work and what fuels the French in Normandy to honor the heroes that liberated them. We have seen this at work in the stories of veterans in The Girl Who Wore Freedom. Tired soldiers loved by the French people suddenly standing taller, smiling more, and celebrating like younger men while visiting Normandy. I know this personally because, over these last weeks, I have reached out my hands, opened my mouth, and said, “I am struggling.” I received the greatest gift we can give one another, being seen, heard, and valued while in my struggle, and that has left me feeling less alone and more empowered to find a way through.

“Often, soldiers who are going home say they are going to tell the people how fortunate we were to stop the enemy before he was able to come and tear up our country. They are also going to tell people that it is a pretty rough life over here. 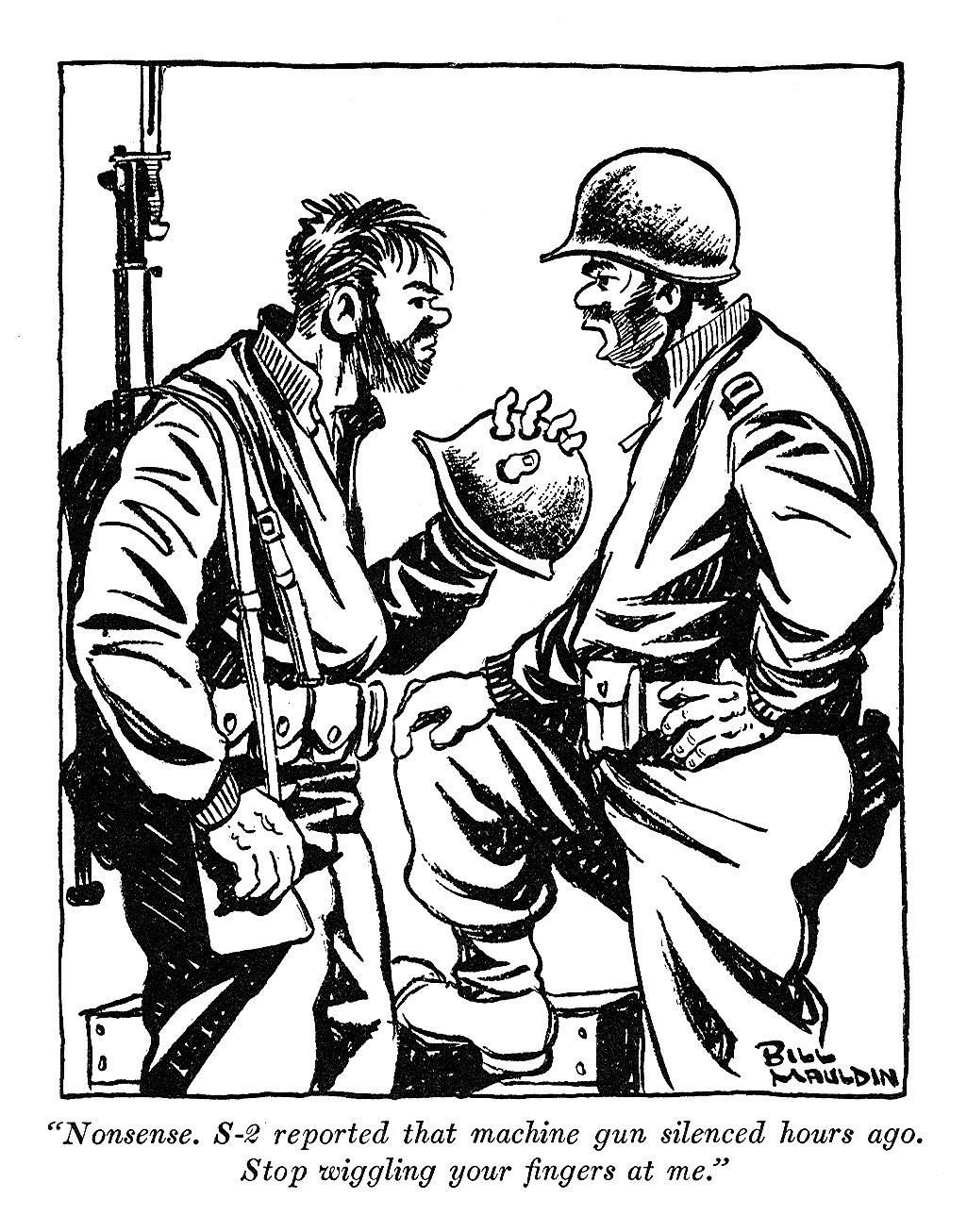 I’ve tried to do that in my drawings, and I know that many thousands of guys who have gone back have tried to do it, too. But no matter how much we try, we can never give the folks at home any idea of what war really is. I guess you have to go through it to understand its horror. You can’t understand it by reading magazines or newspapers or by looking at pictures or by going to newsreels. You have to smell it and feel it all around you until you can’t imagine what it used to be like when you walked on a sidewalk or tossed clubs up into horse chestnut trees or fished for perch or when you did anything at all without a pack, a rifle, and a bunch of grenades.” – Bill Mauldin, Up Front 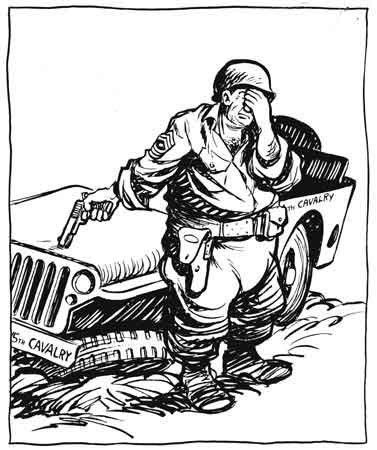 To learn more about Bill Mauldin and see more of his work, visit the Library of Congress’ online presentation Bill Mauldin: Beyond Willie and Joe. 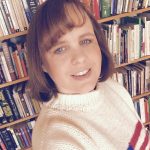 Laura Schlett Writer for The Girl Who Wore Freedom Laura is a writer and homeschool tutor, the daughter of a Vietnam Veteran, the granddaughter of two World War II veterans, and the descendant of Civil and Revolutionary War veterans. When Laura is not writing, she is reading. It is the closest she can get to her dream job as a “professional student.” She lives in South Florida with her husband, two youngest children, and a clingy Shih Tzu named Huey.