Seabees and the Baby | The Girl Who Wore Freedom
708-669-4696 info@normandystories.com
Experience the story... Watch now!

Seabees and the Baby

This week we are pleased to share the rest of William Manning’s story and his reconnection with baby Sea Bee.US Navy Seabees

In 1994, Dad decided he wanted to go back to Normandy for the 50th anniversary of D-Day. By then I was married, with two young children, and a busy work schedule. I would not be able to accompany him. Yet he was determined to go. My siblings and I all implored him to plan early; we knew that hotel rooms would book quickly. 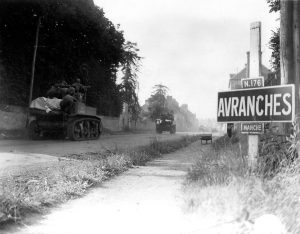 Then one day, Dad’s phone rang. It was a representative of the United States Navy, inquiring whether he was the William Manning who had served in the 81st NCB. A French woman had contacted the Navy requesting help locating men from the battalion who would be traveling to France for the anniversary. Dad knew immediately that he had found Sea Bee. Or rather, that she had found him.

Seabee and her husband, Claude, invited Dad and Arthur Cotton, Dad’s buddy from the 81st, to stay with them in Normandy.

Shortly after Dad returned, I eagerly asked him about his trip and his “reunion” with Sea Bee whom he had last seen as an infant. He said that he had been treated “like royalty.” Sea Bee and Claude had driven him and Arthur to and from the beaches and the remembrance events. A celebration was held in their honor, hosted by the Mayor of Avranches, another city decimated during the invasion, where Sea Bee and Claude were now living. It had all been wonderful. Before heading home, Dad had told Sea Bee and Claude that he wanted them to visit America…to meet many more Seabees.

With the help of our family and fellow Seabees, Dad set about putting together a reunion at a Veterans of Foreign Wars (VFW) post where Dad had once served as Commander. Many Seabees attended, including a few from the 81st NCB, whom Dad had been able to track down. 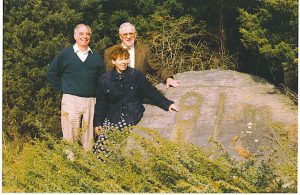 What a joyful event. Many of the men in attendance had heard the story of the baby named after their Navy battalions who had been an “adopted” Seabee back in Normandy. The handful of men from the 81st were simply overwhelmed to meet Sea Bee once again, now a grown woman not much older than their own daughters. Sea Bee held up her birth certificate. She speaks limited English, but she let everyone in the room know how proud she was of her name. She thanked the men for what they had done for her, for her family, and for her country. There wasn’t a dry eye in the room.

My father, the son of Irish immigrants, had learned at a young age to be stoic. This was the first time I ever saw him cry.

Dad and Sea Bee Ruault stayed in touch for the rest of his life. In 2000, Seabee and Claude’s son, Florent, spent the summer with me and my wife, Maureen, and our three sons, improving his English and teaching our boys French.

When Dad passed away, in February of 2003, Sea Bee sent me a beautiful letter of sympathy, remembering him as a kind and generous man, letting me know how proud I should be to carry his name. 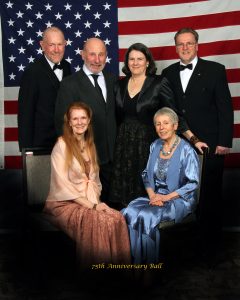 Ever since she had been a young woman, Sea Bee had been aware that every year, the U.S. Navy Seabees host a ball. She hoped that someday she would attend one of those annual celebrations. In 2017, that dream came true. The CEC/Seabee Historical Foundation invited Sea Bee and Claude to be their guests of honor at the Seabee 75th Anniversary Ball in Washington, DC. My wife, Maureen, and I were thrilled to accompany them to this special event.

The Seabees once again surprised Sea Bee with a gift. A painting that had been commissioned for this historic anniversary by the Foundation was raffled off that night. As it turned out, the winning ticket was held by the son of Bill Hilderbrand, the Foundation’s President. David Hilderbrand had never attended a Seabee ball, and he now found himself in possession of this beautiful painting. His amazement was quickly overtaken by an instant decision. He asked his father to present the painting to Sea Bee.

And so, today, that painting hangs in Sea Bee and Claude Ruault’s home in Avranches.

In 2018, I made my second visit to France, this time with my wife. Accompanied by Sea Bee and Claude, we visited the Normandy beaches, the places that commemorate the D-Day landings. We all carried the memory of my father with us. When I returned to Utah Beach for the second time, I collected a bit of sand. My thoughts were of my father and all those men who had participated in the D-Day landings, including those who in Lincoln’s words at Gettysburg “gave the last full measure of devotion” in the defense of liberty.

When our visit with Sea Bee and Claude came to an end, we stepped aboard a train that would take us from Avranches to Paris. As the train’s doors began to close, I told Sea Bee, “Tu as mon cœur.” You have my heart.

This past July, Sea Bee celebrated her 76th birthday. She is the baby who lived. Her story binds me to my nineteen-year-old father, and for that, she will always have my heart. 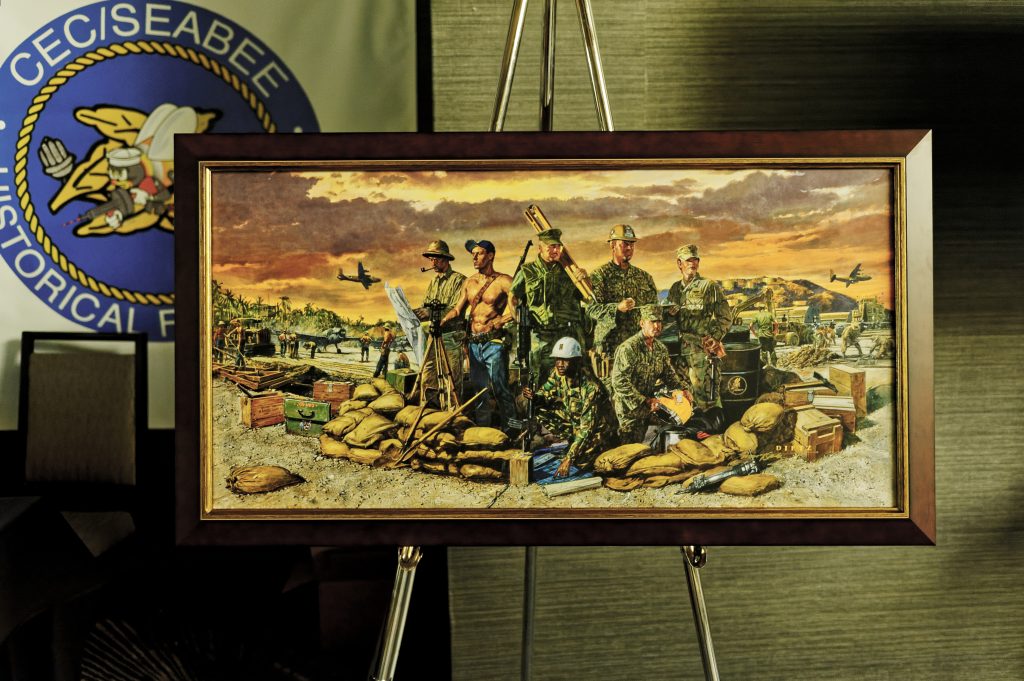 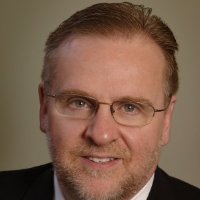 Donald Manning Guest Contributor Donald Manning retired on December 1, 2020, after a long career in public service with the New Hampshire Legislature. During his career, Donald became the first person to have served as Chief of Staff in both legislative bodies. In addition, Donald spent some time working with his wife at her law firm and eight wonderful years at home raising their three sons. Surviving cancer has taught him to appreciate that life is precious, and for many people, too short. His wife, Maureen, recently joined him in retirement after 35 years of practicing law. They are looking forward to traveling, enjoying time with family, and look forward to seeing Sea Bee and Claude again soon!