This content was originally posted on hottytoddy.com as “Ole Miss Student Helps Film WWII Documentary During Internship in France” and has been reposted with the author’s permission.

Many Ole Miss upperclassman apply for internships every summer to grow and gain new job experiences. One student in particular never predicted she would be working alongside professional cinematographers in a foreign country this summer.

Senior Savannah Woods, a double major in integrated marketing communications and broadcast journalism in the Meek School of Journalism and New Media, recently returned from her monthlong internship abroad in Normandy, France.

In February 2018, Woods was introduced to Producer Christian Taylor, a Laurel, Mississippi native who is currently living and working in Chicago. After connecting, the two worked together filming World War II interviews in Mississippi. This blossomed into a relationship where Taylor and Woods stayed in contact regularly.

In April 2018, she received the call from Taylor offering her a spot with Taylor Productions LLC and Reverse Negative Studios to work on filming a WWII Documentary, “The Girl Who Wore Freedom.” This documentary film follows the German occupation of Normandy and the liberation of the French people. It is told through stories of the French who lived during this turbulent time and still speak of a love affair that bonds generations to their American liberators. 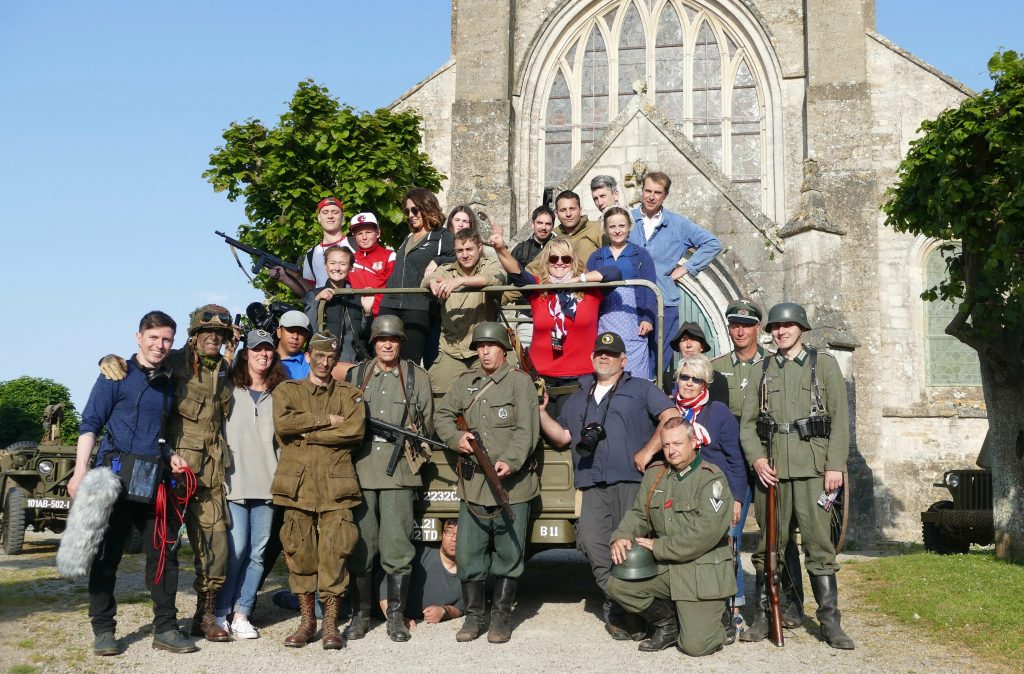 Woods was overseas from mid-May to the end of June helping film and record stories in France. Her job consisted of running multiple social media accounts for the project and working as a camera assistant. 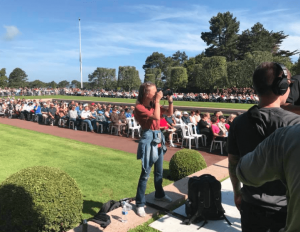 “When I got the call from Producer Christian Taylor I said yes immediately — it was a no brainer,” Woods said. “I have always been passionate about people and the power of storytelling. Being able to work on a project of this magnitude allowed me the chance to be a part of something much bigger than myself.” 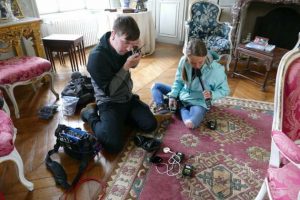 “When I landed in France, I had no idea what would happen and went into the experience with no expectations,” Woods said. “I had never been to Europe before and I had been told a lot of different things from a lot of different people. However, as soon as I entered the beautiful countryside of Normandy, I knew there was something special about that place. There was a somber feeling in the air… this was a place where violence and combat had taken over, yet a place where freedom was restored.” 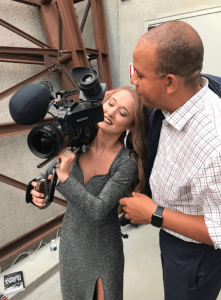 While filming, the crew covered all of the events the French host to honor American WWII Veterans. They attended memorial services, D-Day ceremonies, the Normandy American Cemetery, Omaha Beach, Juno Beach and Utah Beach. The crew also went to the Normandy WWII International Film Festival— an event they hope their film will be featured at in June 2019.

“The way the French honor the American Veterans is truly jaw-dropping,” Woods said. “The French treat the WWII Veterans like they are celebrities. For generations, the stories of the war are passed down family trees and regularly taught and talked about in school. They are more knowledgeable and thankful for the sacrifice those men made than Americans are today, and that is a shame. Americans, especially young Americans, need to hear and learn about this important historical time and we as a collective whole need to capture as many WWII stories as possible before they are gone.” 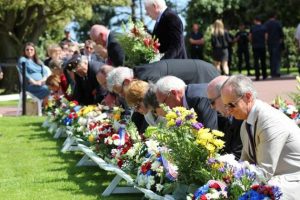 Woods says after living abroad and working with the crew, she has gained more job experience. Woods, who works and films for Ole Miss Football Video, says she has many new skills she wants to apply to her job and school this year.

“Having the opportunity to work with amazing producers and cinematographers that have been in the film industry for 10+ years is something not many people get the chance at,” Woods said. “I learned so much about the behind the scenes work into making a movie, film distribution and cinematography. I can’t thank any of them enough, this internship was a dream.”

Now that the team has returned to the States, the crew is currently working in Chicago in post-production. “The Girl Who Wore Freedom” documentary is set to have it’s first focus group event in Normandy, France June 2019. 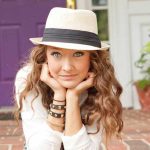 Social media for The Girl Who Wore Freedom

Savannah is an Arkansas native, currently residing in Oxford, MS where she studies at The University of Mississippi. She is pursuing degrees in Integrated Marketing Communications and Journalism. She feels passionate about people and the power of storytelling. She credits two family members for playing a pivotal role in her interest in World War II. Her great-grandfather, John West, served in the United States Navy aboard the USS Strong, and her god father, Hugh Shell, served in the battles of Okinawa and Iwo Jima with the United States Marine Corp.