Fact Versus Fiction | The Girl Who Wore Freedom
708-669-4696 info@normandystories.com
Help us tell the story... Make a donation

This is part 2 of 3 in a series titled Avoid the 5 Rs by guest author Peggy Sue Wells.

Be sure to read Part 1: For Healthy Relationships and come back later to check out part 3!

The Girl Who Wore Freedom is the true story of redemption and building healthy relationships despite distance, language, and cultural barriers. Establish healthy foundations in your relationships near and far by sticking to the facts. 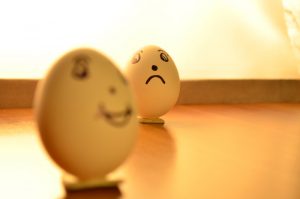 Conflict erupts when the 5 Rs are present: rejection, resentment, resistance, and revenge, repeat. The destructive parade begins when something happens or is said, done, or not done, that results in me feeling rejected. When I feel rejected is my most powerful opportunity to choose. In the first of the 5 Rs, I choose to step off into the familiar yet painful cycle of the 5 Rs, or I choose grace and joy and health.

Rejection is based on understanding what is fact and what is fiction.

Those are facts. Most of us are awesome storytellers. We take the facts and instantly make up a fantastic story in our mind about what those facts mean. Add time, and the story can grow beyond any semblance of truth. Using the three facts above, the story I made up in my head is:

The humongous problem with making up stories is that the story in my head becomes my reality. And I act and react based on the made-up story as if it were truth. For instance

In all three of these scenarios, no one wins but plenty of negative drama is launched and, short of a miracle of maturity and grace, will spin out of control for years, decades, and even generations.

The life-changing, life-giving solution comes by sticking to the facts and letting the facts stand for themselves.

The people of Marie Saint du Mont chose to focus on the facts of their history. The fact is the Allies brought redemption to their oppressive situation. For three generations the residents of the French towns celebrate their liberty with generosity and gratitude. That’s a story worth sharing. #TheGirlWhoWoreFreedom 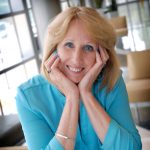