Brothers on the Beach | The Girl Who Wore Freedom
708-669-4696 info@normandystories.com
Experience the story... Watch now!

Brothers on the Beach 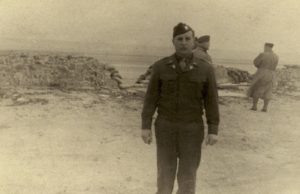 The beach was calm that day, relatively speaking. Just over 24 hours before, waves of soldiers were disembarking from landing craft. Explosions and gunfire punctuated the morning air. This day was much quieter, though it was still not the vacation spot it had been in former days. Barbed wire fences, groups of soldiers and equipment dotted the beach. Bob Miller walked along; he was exhausted but glad to be alive. His thoughts turned to his brothers, also soldiers. One brother, Arnold, was known to be stateside on leave. The youngest brother, Leonard, was in England before Operation Overlord was launched, and perhaps he was here also. If he’d survived, that is.

Like so many young men, Leonard had put his college education on hold and enlisted. Bob and Arnold both left wives and thriving businesses at home as well. It was a family tradition; the three brothers came from a long line of military men, dating back to the Revolutionary War. There was no question that they each would serve.

His eyes scanned the beach, looking for clues. Suddenly he noticed some equipment bearing the number of Leonard’s company. Bob approach an officer nearby. In minutes, he was standing face to face with his brother, and then they were slapping each other’s backs in an awkward hug. 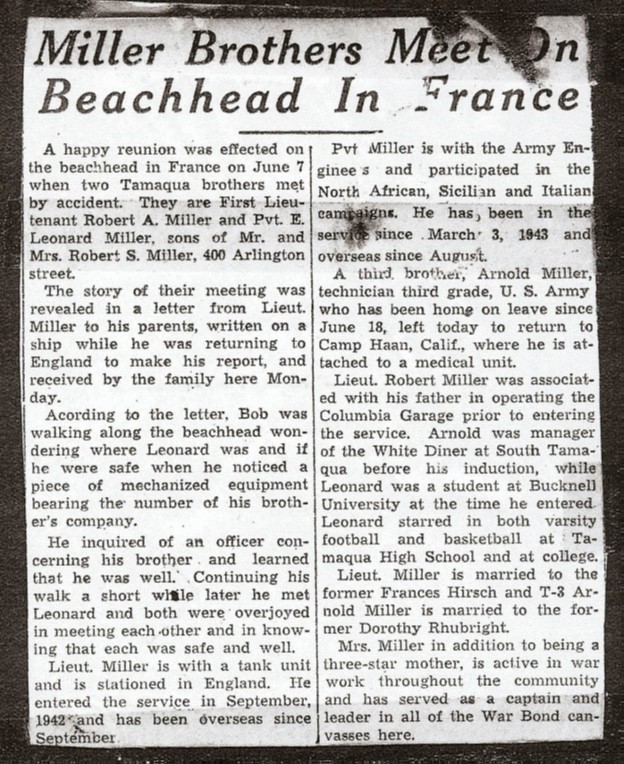 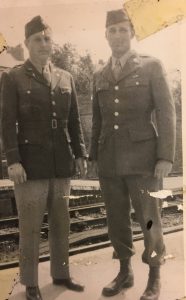 The two men shared their stories of the invasion. Behind their words was a deep understanding. Both had seen friends perish, and both had survived to fight another day. Both hoped they would survive to be reunited stateside, but their thoughts were only on the next mission, the next push forward. That singlemindedness, unique to those in combat, is one of the things that kept them alive.

That same single-mindedness is what prevented Bob from sharing war stories with his children. He compiled an album of photos, made scant notes in the margins, but the stories were part of the past. He lived in the present and had no desire to revisit those years. Like so many of his generation, he saw his time in the war as a part of his life that stayed in the past. He had fought to make the world safer for his children; the last thing he wanted to do was relive those days.

Years later, his son, having attended military school, a military college, and served on the Army Science Board, urged him to visit Normandy, to expound on the stories from the album and to share what it was like to be a part of the liberation of France. He was reticent. When the movie The Longest Day came in theaters, however, he acquiesced and went with his son to the theater. This, he could do, he reasoned. How bad could it be? 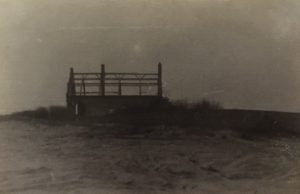 The plot was familiar because he had lived it. When the camera zoomed in on a certain red-roofed house near Utah Beach, however, the elder Bob gripped the seat and started shaking. “The house, the house,” he said. His son grabbed hold of him to calm him. What happened there? What memories was he reliving, years later in a dark movie theater in NE Pennsylvania? The writing on the back of this photo gives us an idea. “I spent my first night in a fox hole in the back of this house. The first day it had a red roof…boy did I get down in the bottom of the hole that night.”

So many veterans experienced healing when they return to Normandy, might that have been so for him, had he agreed to go? We will never know, because like so many of that generation, First Lieutenant Robert Allen Miller died without returning to Normandy, and he took many of his stories with him. What we do know is that he served in the 704th, in Northern France, Rhineland, Ardennes-Alsace, and Central Europe. First Lieutenant Miller eventually was promoted to captain and became a military aide for General Henry Aurand from November 1944-March 1945. General Aurand was responsible for US Army Ordnance for the European Theater, which gave Captain Miller exposure to Eisenhower on several occasions. 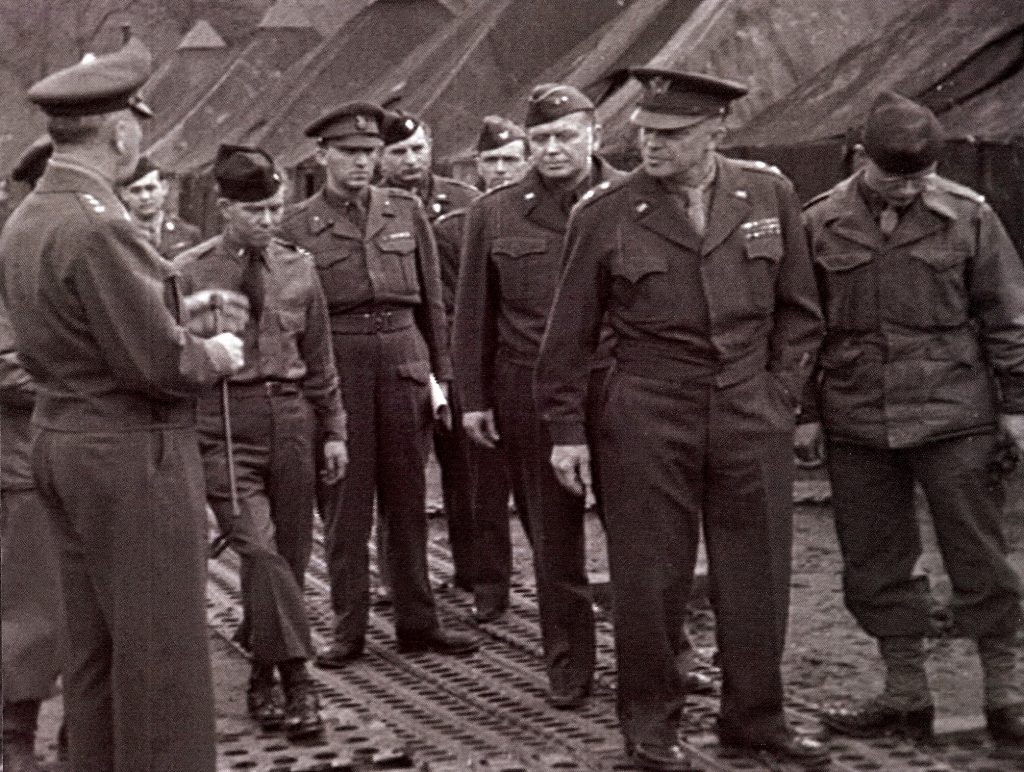 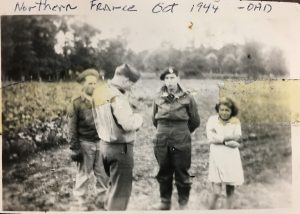 We honor the sacrifices of Captain Miller and his brothers and accept their choice to hold their stories close instead of reliving. We are grateful for the photos he saved, and for the heritage of service, he passed down to his family. He took many of his stories with him and yet we stand as if alongside him as we listen to other soldiers’ stories. There are no words to express the respect and compassion that wells up inside, so we stand in silence. The people of Normandy tell the stories of their experience with these brave men each year. They have pledged never to forget. They say, “we can never be grateful enough.” It is a unique love story, one that gives a deeper meaning to the stories of Capt. Robert Alan Miller and his brothers. These are Normandy’s stories, and we must hear them. 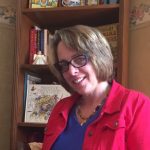 Writer for The Girl Who Wore Freedom