Bastille Day | The Girl Who Wore Freedom
708-669-4696 info@normandystories.com
Help us tell the story... Make a donation 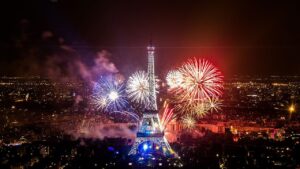 Similar to commemorating the signing of the Declaration of Independence in the U.S., France remembers the day the Bastille, a military fortress and prison was stormed, marking a turning point in the French Revolution. Unlike American colonists, the French people fought for freedom against a monarch within their borders, not an ocean away. King Louis XVI and his wife, Marie Antoinette, lived an extravagant lifestyle, even though their predecessors left the nation with a large amount of debt.

While the king and queen lived lavishly, the country was on the brink of an economic disaster, and in 1788 crop failures brought on a nationwide famine. The price of daily items, such as bread, rose so high that the average working man spent approximately 88% of his earnings on just that one item. Food riots broke out throughout France. In an attempt to calm the public, King Louis XVI revived the long-forgotten Estates-General. The Estates-General was a class-based national assembly divided into clergy (first estate), nobility (second estate), and commoners (third estate). In France, 98% of the population belonged to the third estate, yet the first and second estates consistently outvoted them. After this shallow attempt by the king to make the people feel heard, the commoners created their own national assembly on June 20, 1789. They met at a tennis court and took the now-famous Tennis Court Oath, vowing that they would create their own constitution. Over time, members of the clergy and nobility began to join the new national assembly, and Louis XVI begrudgingly gave his consent. 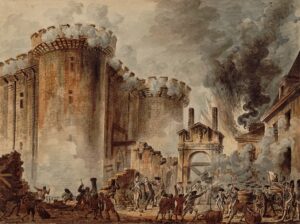 “The Storming of the Bastille,” Jean-Pierre Houël / Public domain

On July 11th, Louis XVI dismissed Jacque Necker, his last non-noble minister, which created mass outrage among the public. Protests and unrest flooded the streets, with mobs looking for supplies and guns. Revolutionary crowds stormed the Bastille on July 14th, searching for black powder. There was a short battle that ultimately, the rebels won. Following the battle, the governor of the Bastille, Bernard-René de Launay, was then executed in front of City Hall, and the Bastille was dismantled.  In October, Louis XVI and Marie Antoinette were taken prisoner and guillotined in the following years of the French revolution. 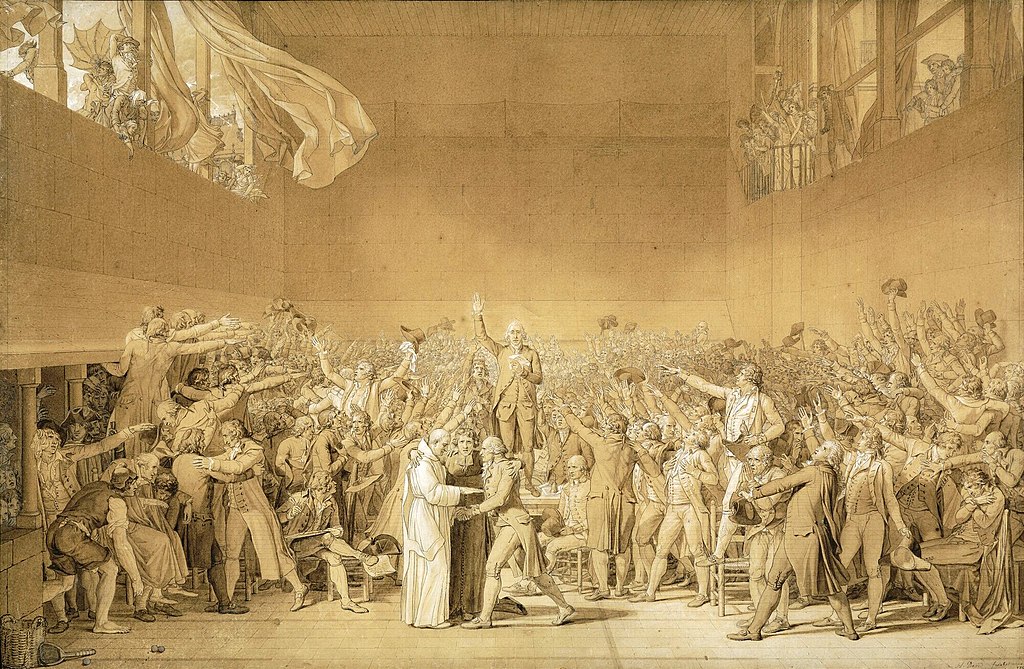 Today, Bastille Day is a public holiday in France celebrated with fireworks, parades, and parties on July 14th. The French wear the colors of their flag, blue, white, and red. These colors represent liberty, equality, and fraternity. La Marseillaise, the national anthem of France, can be heard being sung throughout the day. Join us next week as we compare Bastille Day celebrations to the American Independence Day. 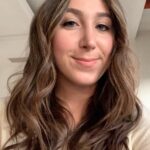 Alexandra Peeler Social Media for The Girl Who Wore Freedom

Alexandra is a college freshman at UNC-Chapel Hill who is majoring in screenwriting/ creative writing. She has a passion for film, and that is why she joined The Girl Who Wore Freedom team. She lives in New York City and aspires to be a screenwriter and director.