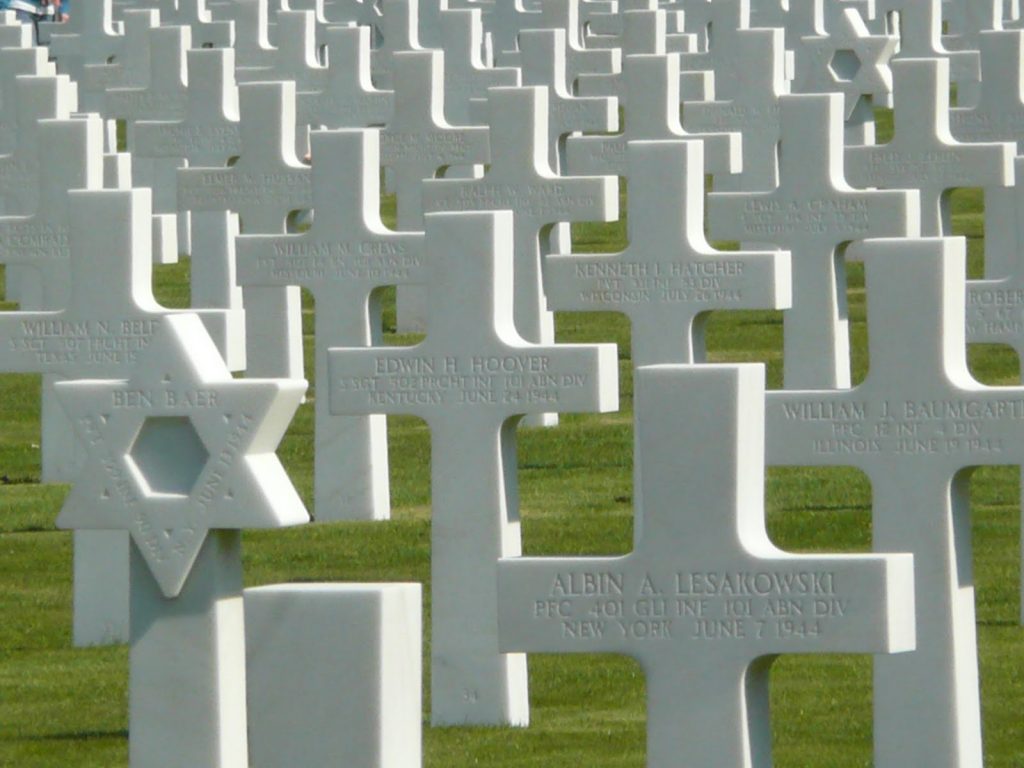 I hope you never have to experience the blank expression of a loved one who no longer knows you, has no memory of who you are. My father-in-law died a few months ago from Alzheimer’s, a disease that tragically robs an individual of their ability to remember. As yet, there is no cure. But there is a cure for the particular kind of collective memory loss from which we as Americans are suffering—the loss of memory of our history. We resent reminders of our memory lapses. It’s easier simply to revise history so that it accords with, rather than challenges, our new ideas.

We’re inclined to roll our eyes when we hear the maxim, “Those who will not learn from history are bound to repeat it.” Yet, when forgotten, that same history relentlessly demonstrates that we inevitably repeat the most horrific parts of it. “One of the most dangerous errors,” wrote C. S. Lewis, “is that civilization is automatically bound to increase and spread. The lesson of history is the opposite; civilization is a rarity, attained with difficulty and easily lost. The normal state of humanity is barbarism.”

The Cure for Barbarism 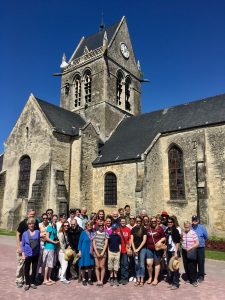 Allow me to propose an antidote to this dangerous error caused by our memory loss. The cure begins by pausing and stepping out of the frenzy and tyranny of the here-and-now. Only then can we begin to learn the lessons of history.

Winter is coming on. Curl up with a cup of tea, a favorite sweater—and a good book on WWI or WWII. Immerse yourself in the prodigious and difficult deeds accomplished to preserve freedom and that rare thing: civilization.

Another excellent way to do that is with the new documentary film The Girl Who Wore Freedom. It tells the story of five-year-old Danielle Patrix who fell asleep June 5, 1944 in enemy-occupied Normandy and awoke the next morning to the thrilling sounds of liberation—and to kindness from American troops. The Allied forces had landed to free her at last from the jack-booted heel of the National Socialist (Nazis) German Wehrmacht. 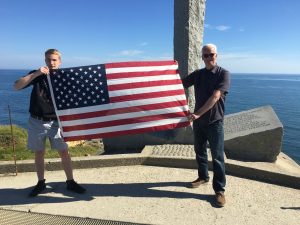 The well-crafted story unfolds as Danielle Patrix tells of the profound gratitude that her people in Normandy feel to this day for the sacrifices our Allied soldiers made—for many, the ultimate sacrifice—spilling their blood on the beaches of Normandy so she and her people could be free from tyranny. “Freedom is not free,” one of the eyewitnesses of liberation declares. “We have to keep the memory alive.” Every generation must remember the cost of freedom, that it is, as Lewis put it, “attained with difficulty and easily lost.”

Title character Danielle Patrix, the girl who wore freedom, is determined to keep that memory alive. In a 1945 photograph, Danielle wears a dress her mother made her from an American parachute, gratefully colored in red, white, and blue, and decorated with stars and stripes. Alas, some careless Americans, forgetful of the past, have a historical dementia so complete, they tear down those stars and stripes and set it on fire. But not Danielle who wore freedom, not her friends in Normandy who remember. 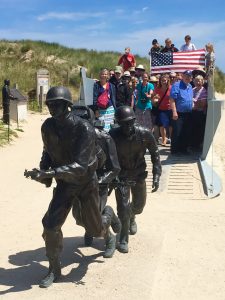 Patriotically cliché as it sounds to some, it’s all true. Though some parts of France have the reputation of being less than friendly toward Americans, there are few places on the planet where Americans are so welcomed and appreciated as Normandy. I was reminded once again of their gratitude last June while leading a historical tour that included Normandy; I’ve observed this many times since the first tour I led there twenty years ago. “We have to thank them—forever,” said an appreciative French woman of the Allies who gave all to free her country from oppression.

Why is it so important that we avoid the dangerous error and remember our history? “We need an intimate knowledge of the past,” wrote C. S. Lewis, “not because the past has anything magic about it, but to remind us that the basic assumptions have been quite different in different periods.” Lewis urges us to avoid the mere “temporary fashion” of current ideas and goes on to argue that being perpetual students of our history will in some measure make us “immune from the great cataract of nonsense that pours from the press and the microphone of [our] own age.”

Teen age 2/Lt C. S. Lewis fought and was wounded in WWI, and he became “the voice of faith” for his Broadcast Talks on BBC radio in WWII. I’m convinced that if Lewis were alive today he might very well agree that The Girl Who Wore Freedom is an important way of learning from history, keeping memory alive, and holding off barbarism. 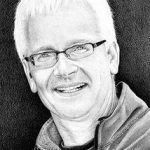 Author and guest blogger for The Girl Who Wore Freedom

Douglas Bond is a leader of historical tours and author of a number of successful books, including War in the Wasteland, set in 2/Lt C. S. Lewis’ WWI platoon, and his latest book The Resistance, set in WWII Normandy. Learn more at bondbooks.net.