A Letter of Thanks to Mr. Dill | The Girl Who Wore Freedom
708-669-4696 info@normandystories.com
Experience the story... Watch now!

A Letter of Thanks to Mr. Dill 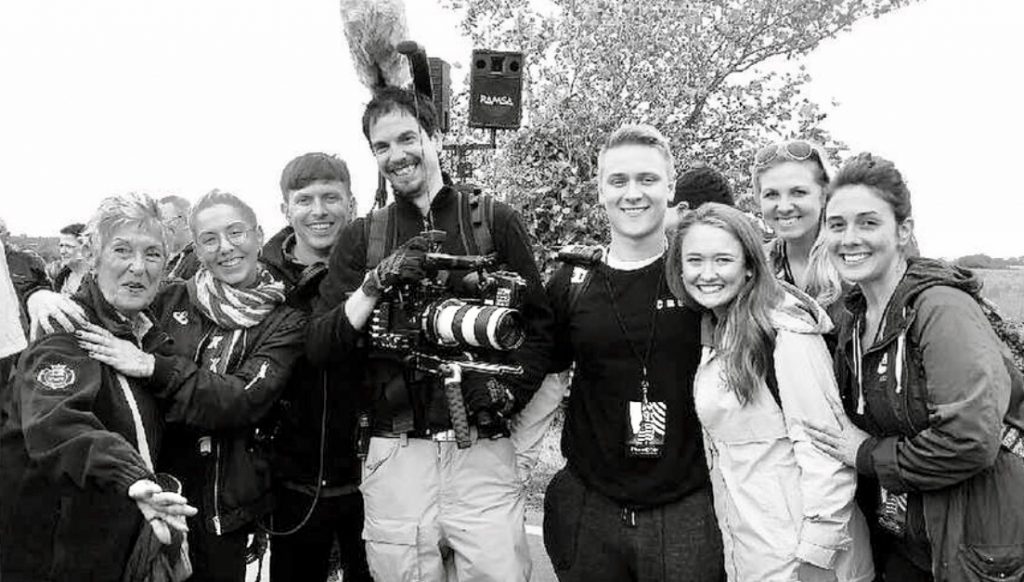 Jacob Taylor is a Junior at Wabash College in Crawfordsville, IN majoring in History and Political Science. In the Spring of 2018, Jacob applied for and was granted The Dill Fund Grant at Wabash. This grant afforded Jacob the opportunity to take a media/production internship with The Girl Who Wore Freedom as they traveled to Normandy, France in June of 2018 for principal photography.

Upon his return, Jacob wrote a letter of thanks to Mr. Dill and outlined the lessons he learned during his internship and has agreed to share it with us. 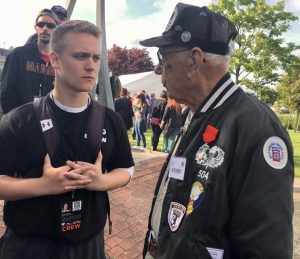 I came to Wabash from Wheaton, IL because I have always felt it was the choice that might not give me the easiest 4 years of college, but it would turn me into the man I would want to be for the next forty or sixty years of my life. It is a special place and one that I am privileged to attend and be associated with. Being a part of the lacrosse team has also been a special experience.

I am a Political Science and History double major and this summer I traveled to Normandy, France to document first-person accounts of D-Day survivors as well as the commemoration ceremonies the French host each June. This trip and the film production activities that went along with it involved large amounts of cooperation and many partnerships with local and federal governments in the US, France, and Europe. Being involved with the US and French Embassies as well as some French mayors and public officials was very intriguing and definitely heightened my interest in my major. 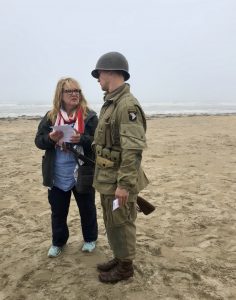 This experience would not have been possible without the Dill funding I received. The Girl Who Wore Freedom is an independent production and is funded by donations and fueled by the energy and efforts of volunteers. I needed to find my own funding in order to pay for my plane ticket and housing and food over the course of the internship. I spent a month in France immersed in the history of the Second World War, traveling all over Normandy, France and meeting with French people who survived the German occupation and celebrated the allied liberation. I stood in the waters of Omaha beach while we recorded footage and I looked across the vast stretches of sand that lay before the hills marked with pillboxes for artillery and machine gun emplacements. I was able to dress as a soldier from the 101st Airborne and re-enact a night battle around the German battery named The Holdy in Ste. Marie du Mont. I recorded an interview of a 1st Division veteran combat medic named Charles Shay who landed with the first wave of troops on Omaha beach and saved the lives of many men and I was able to share a scattering of ashes ceremony for Tough Ombre veteran, Jim Reed who wished to have his ashes scattered on Utah Beach. These are experiences that changed me and will be with me forever. 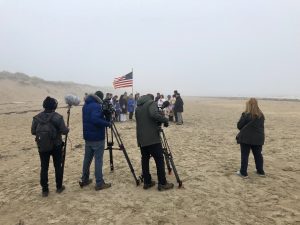 Learning how to do the unfamiliar film production things required of me was a challenge, developing an understanding of sound and film equipment, as well as management and planning/group communication. Once I learned them, the payoff was immense. Over the two months of my internship, I developed a more mature view on the importance of personal responsibility and it has solidified its place in my life.

This experience helped me visualize the possible next steps of my life. While I wouldn’t trade this experience for anything, I learned that I don’t desire to work “on set” with any production. I believe I would enjoy working in the offices, in management or on the business side of things. These roles are much more suited to my personality and skill set.

I hope to continue becoming a more well-rounded individual while I am at Wabash, and this summer was certainly a step in the right direction. I gained the ability to make a more informed career decision and this experience has helped teach me the work ethic necessary to succeed.

Thank you for giving Wabash and me your support. It is has been life-altering! 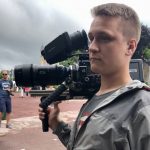 Media/Production Intern for The Girl Who Wore Freedom

Jacob is in his junior year and majoring in Political Science and History at Wabash College in Crawfordsville, IN.