Bucharest Film Awards is a space designed for film professionals and film enthusiasts to foster creativity, expressivity and innovation in the cinematic field. Our mission is to create a platform where both experienced and new filmmakers can share their art, enhance their work and connect to diverse audiences. ​ Hosted in Bucharest, an iconic city for the Eastern Europe, with an effervescent cultural life, our festival will promote the best films from the online among a public avid to discovering new forms of contemporary art. The film screenings will be held in 3 of the most inspiring venues in Bucharest: Qreator by IQOS, Carturesti Verona & Cinema Elvira Popescu, well known among locals and foreigners for creating a favorable atmosphere for exploring promising artistic initiatives. This year we put the emphasis on Innovation, integrating new forms of expressivity adapted to the 21st century film world. So, beside the film screenings, we have arranged a VR Cinema, Chroma Live Wall for Live CGI, Augmented Reality Screenings, Live Streaming shorts exclusively screened on smartphone platforms and many more. 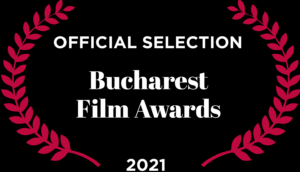